Yooo! It’s the priestess you need coming from the new lab in our new digs in Huntsville. For those just joining the show in progress, let’s catch you up!

Who is The Priestess You Need? I’m The Fire Queen, The Crone of Soul, The Hidden Valley Witch, Rev Terrie Brookins. I’m a Second Degree Priestess in the Correllian Tradition, I’m a Wedding Officiant the Province of Ontario… and a whole lot more! 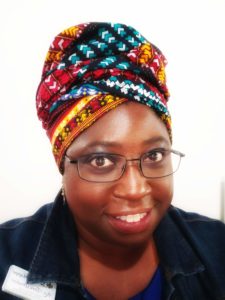 SO here’s the thing. We moved, right? Right! We left our old digs in the ‘Shwa (Oshawa). We made the trek North! (No, NOT that far north! LOL!) We settled down in Magical Muskoka, as I said, right in Huntsville. 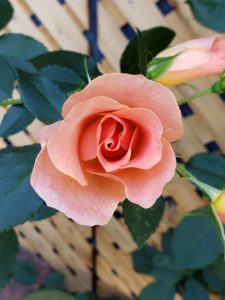 Wellll in our excitement for the new place? The Lab got significantly smaller. Even right now? We’re still trying to unpack and rework the area. What does that mean? 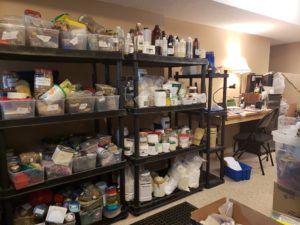 Ummmm ooops? Yup, that means we gotta do the homework, and start over.

(insert exactly what you think I would say because you are 1000000% right. WHEW)

The lab and The Altar (aka The Danger Zone or “This is a threat!” Area), have to be separate. There is indeed a smaller separate room (not far away!) for the altar area. The other oopsie? All the old altar stuff? It. Don’t. Fit. 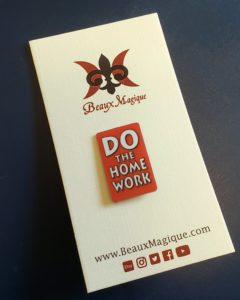 I thought about how BIG the old altar was… and how much magick I use on a daily basis… and then how I charge up the Beaux Magique Products… Then? There is the magic I do for ya’ll! So many success candles! And Other candles… (wink wink nudge nudge) You do know the world is a little bit… well… more candles… YEP!

(This was just the top!)

Then? I though about that smaller room with way too many candles and the smoke alarm that’s RIGHT there by the door. And I thought about how long it took me to get it just right last time…

I reached out to a carpenter and designer.
They reached back.

So Creations by Rae and us came up on with ideas. Then there were discussions. There was laughter. There were tears. There were several words said about the state of the current world. Yup. We said those words. (See I need that Altar). Then there was the plan!

Then there were discussions. There was laughter. There were tears. The tears this time? Ummmm For what I need? It’s gonna cost. Beaux Magique is still ramping up. (Indigo Aroma? Umm. Put that down. Don’t look at that.) 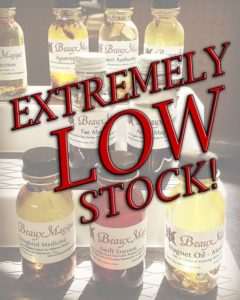 This fundraiser is to design, purchase and install a new altar in my sacred space. To rework the space will cost $5000. The space it will go in.

Can I skip it? Ahaha… short answer no.
There are a host of personalities with VERY specific wants and needs and, I am working the whole team… it’s what I need to bring the work to you. I need to DO the work not just prep the work so…

SO against my stubborn “I can do it” self I am letting the miracles flow in and giving my community the chance to support the altar that I use for them. 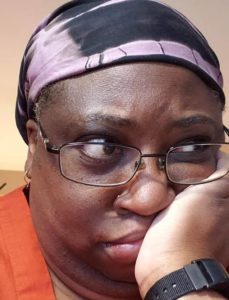 I will be running this campaign through February and March to get the work done in March so at the end of April, I can Beltane the crap out of everyone!

If you want to help?  Thank you.  You can order from the website (ignore the “backordered tags lol). You can also Bless my Ko-fi account here or even donate straight to PayPal. But mostly thanks for going on this crazy ride with me.

TLDR: I moved to somewhere soul healing and the space where I do amazing work for all y’all (the seat of my Magick, my Altar) needs some carpentry to also be amazing. Help me out so I can continue to get shit done. 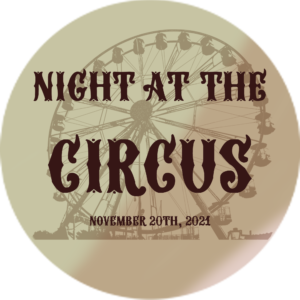 The Night Circus” is based on the book of the same name by Erin Morgenstern. Similar to the book, our event will take on a darker theme to a traditional circus. On November 20th, from 6:00-8:00, join us for a night of amazement and wonder. With magic and mystery, we plan to create a memorable night for all. With Tarot Card readings and a brief history of the art of tarot card reading,  Rev. Terrie Brookins will take our event to the next level and add a sense of question and wonder to the night and for our guests. With performances by North Fire Circus, our guests will be left speechless and in awe by the great fire and light show performances. We will also feature an excellent demonstration of cooking our menu by Pehtonn Edwards and Alma Popaj. We also have a performance from an award-winning magician and mentalist, Mike D’Urzo, who worked with our event team to provide you with a magical display that will delight the senses and boggle the mind. And finally, with a drink demonstration from our very own Phoenix Parisella and Michelle Weidman, they will take us through three specially made drinks for our event, each named after a chapter in the book.

We can’t wait to see you there!

Thank you for reading! Please allow SEVEN TO TEN business days to prepare your order. We are open for business! Remember, all shipping is delayed as we are STILL unpacking! (and will still include a little lagniappe)!

Greeting Friends and Frenemies! It’s been quite the ride since our last update! Pandemic? Yeah that’s a thing. However, I’m talking about the lab! What? You didn’t hear? We moved house!  That’s right! We are now located in BEAUTIFUL Huntsville, Ontario!
I’ll be real with ya’ll. We closed shop last November to prepare for the move. In true naïve fashion, I thought for sure that we’d be up an running in a few months.   INSERT LAUGHTER HERE . Yeah that didn’t work out too well. After seven months? We’re still struggling to get things put away, restock, and generally not burn out.. AGAIN.
That being said? My deepest thanks to everyone who has ordered and continues to order from us.  Here’s to a brand new adventure!

Thank you for reading! Please allow SEVEN business days to prepare your order. We are open for business! Remember, all shipping is delayed and includes a little lagniappe!